The town of Phylinecra has suffered a terrible fate at the hands of a torrential flood, but as the townsfolk try to rebuild and restart in the aftermath, they find their home invaded and their loved ones encased by ghostly crystalline forms of the houses they lost.

Solving this mystery will take adventurers to the Blessed Isle and into the Red Caves to face the Goddess in her own territory. Will they find the connections between her world and theirs? Can they untangle this haunting mystery?

This is a Pocket Dungeon, designed to launch a campaign or run smoothly as a one-shot. Learn about all the other Pocket Dungeons and more at pocketdungeons.portablecity.net!

This digital edition of The Ghost Houses of Phylinecra includes a digital PDF, print-and-play maps and GM forms, and colour digital maps for online play.

In order to download this adventure you must purchase it at or above the minimum price of $7.50 USD. You will get access to the following files:

Of the many pre-written adventures I looked through, this was the most versatile and interesting to me. The narrative can easily work as a one shot or be expanded to a full campaign and it can be set in almost any world, high to urban fantasy (I'm using it set in a magical realist version of Appalachia). It's truly system neutral, user friendly, and absolutely gorgeous.

tldr pocket dungeon is a dreeeeaaam and I'm excited to check out the others!

also really appreciate how optimized it is for printing! I hate reading digitally or having to rely on a device at the table. and the art still looks beautiful without taking a ton of ink!

Oh my gosh all these kind words are warming my heart! I love the idea of a magical realist Appalachian version of this and I'm so excited to hear this was welcoming to you as a new GM! Thanks for posting!

Ghost Houses Of Phylinecra is a gorgeous, evocative, system neutral dungeon about grief. Despite its name, it's high fantasy rather than a haunted house adventure, and the PCs take on the roles of villagers in a small town with an odd local custom.

Structurally, Ghost Houses is 52 pages, easy to read, and has a scattering of pieces of truly gorgeous charcoal artwork.

Content-wise, there's some extremely clever design going on. The adventure takes place across two area maps---one stacked on top of the other. Things from below have affected the map above, and the extent to which this has happened is scaleable with your PCs' group size.

That said, there is sort of a weird first hurdle on the adventure, where in order to progress the PCs have to deliberately walk into a thing that looks like a trap and acts like a trap. For prospective GMs, it's probably worth not having the pool force players to make saves to resist it. The saves make it seem like it's a danger, not progression.

The adventure itself is also less about combat and exploration, and more of a sort of slow, abstract civil engineering project. There are multiple ways to solve it, but fighting isn't very much rewarded, and groups that just want to punch some monsters may find Ghost Houses really frustrating.

Overall, though, Ghost Houses gives me strong Deep Carbon Observatory vibes. It's more oriented around a single emotion than Observatory, but it also feels tighter and more intimate. Plus, it works very well with systems that favor low or no combat, and it might be interesting to pair with something like Trophy.

I would definitely recommend it, especially to folks who like low-combat, more abstract adventures, but it's also got a strong niche as a possible location to drop into an existing campaign.

-Page 11, suggests the map is marked in color (which is hugely helpful) but the color version of the map is not part of the book, and is only maybe referred to as "the fabric map." This feels a little weird.

My gosh thank you so much for playing this, and for writing such a kind and thorough review!

Apologies for the page 11 confusion! I should update the text to better reflect the digital file package. Until then, though, "Phylinecra-Town-Map-Colour.jpg" will provide a colour map to plot out that aspect of the game.

I ran this game, adapting it for D&D 5e. It had a quiet, melancholy tone, even without utilizing the connections between PCs and the village. As advice for others, I would recommend avoiding outright combat, as it somewhat broke the flow and feel of the game. Thanks for the excellent story!

Thanks so much for playing it! I really appreciate the feedback; I'm so glad the tone came through.

What size paper was this made to be printed on?

Letter size! The thinner and cheaper the paper, the better, honestly. 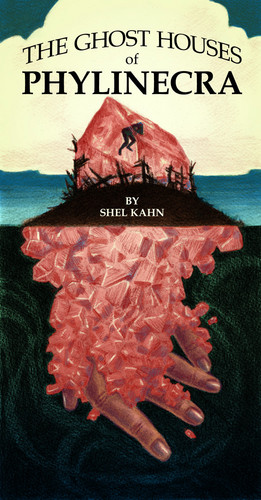